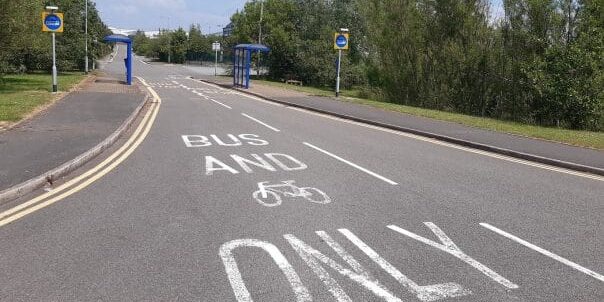 The work captures England outside London, Wales and Scotland. It shows that more than three times as many people support bus priority as oppose it, a ratio that rises to four to one for businesses. The region-based research shows that the 79% of the general public who expressed a view support bus priority. Among all respondents, including those that neither support nor oppose priority, 54% are in favour with only 15% opposing it.

Support for bus priority among the public is highest in Wales, followed by Scotland and South West England and Yorkshire and Humberside. It is lowest in the West Midlands, although that region still sees vastly more support than opposition. Wales also enjoys the lowest level of opposition.

CPT says that the results underline a need for more bus priority measures to be introduced, work that is already proceeding in Scotland via the £500m Bus Partnership Fund.

The Confederation notes that despite this widespread support for priority measures, local authorities (LAs) can find it difficult to introduce more because of a vocal minority that oppose it. To help mitigate that, CPT has produced a set of toolkits (available here) that include recommendations on how to best promote the measure’s benefits, and a case study.

Commenting on the research findings and the development of the toolkits, CPT CEO Graham Vidler says: “This research shows that councils can enjoy public and business support when it comes to giving buses priority on our roads, helping them to meet their own net zero targets and the UK’s overall climate change goals.

“Understandably, people can have concerns about schemes where the impact of construction is unclear or the benefits to them and their local community are not clearly set out. Our toolkit will help LAs to ensure widespread community support for measures they want to introduce.”